The Whimsical Village of Medow 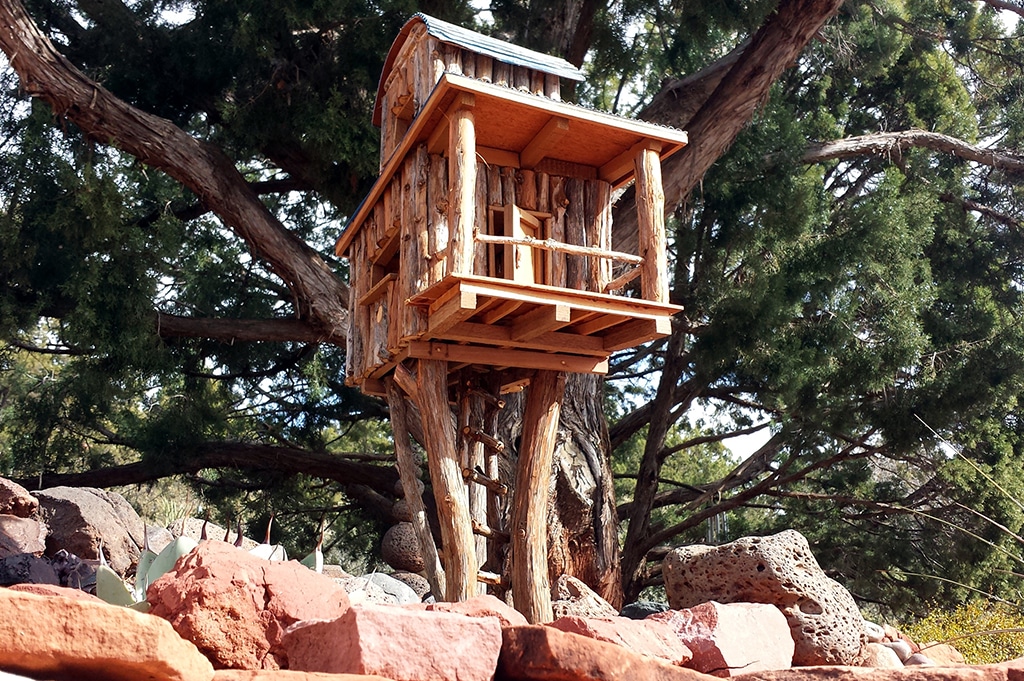 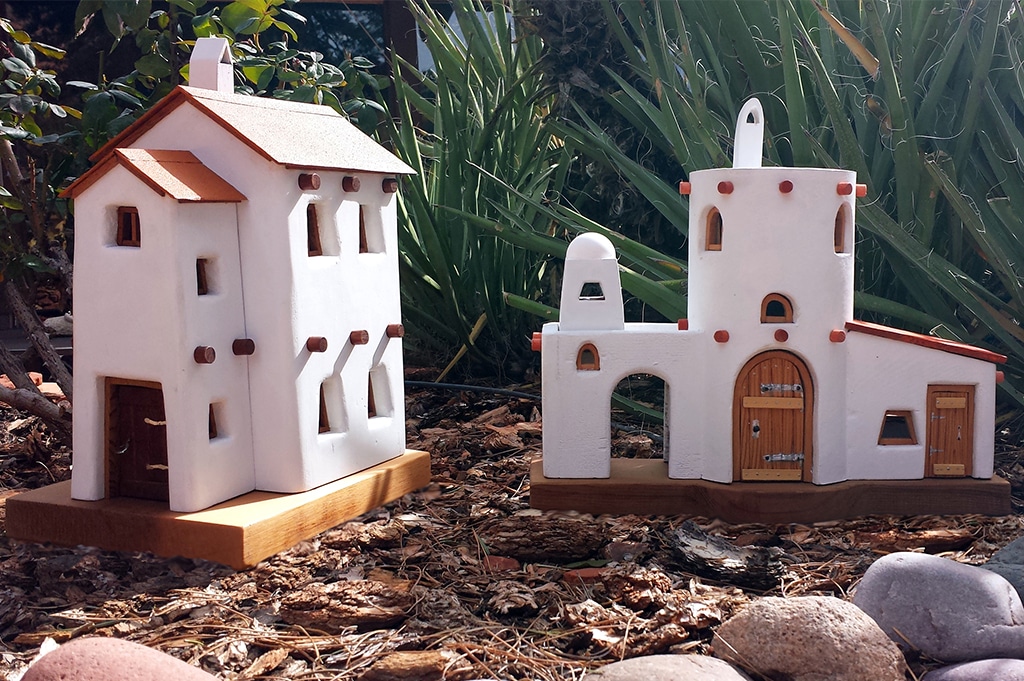 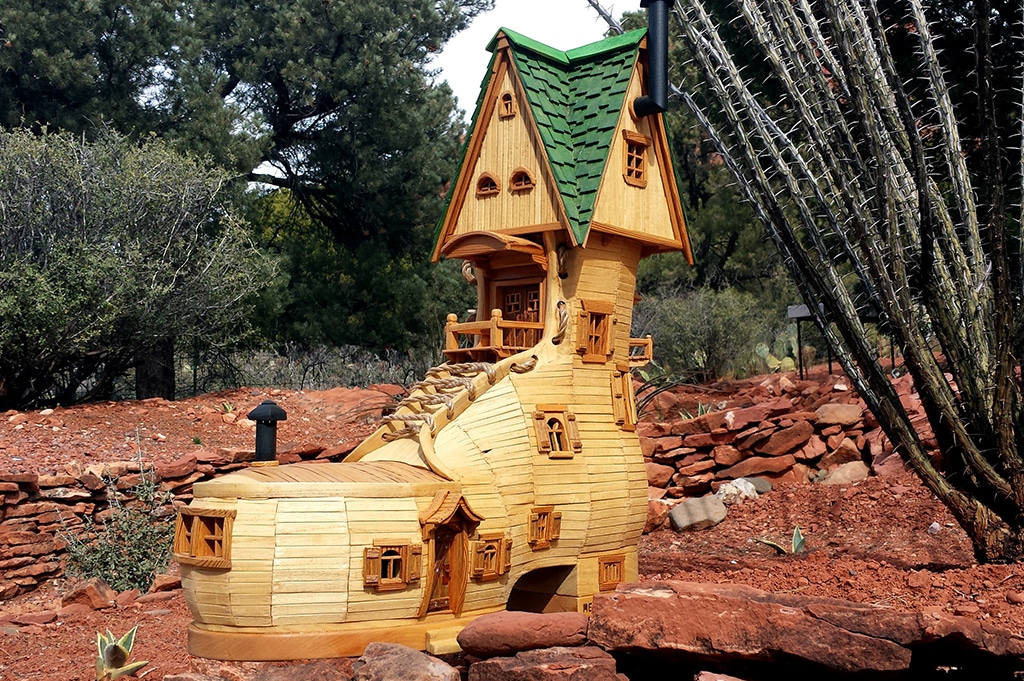 Mike Medow has been carving and painting for 51 years. Four years ago, he became a grandpa and was inspired to build a dollhouse for his granddaughter. This little abode catalyzed the creation of a whole village of whimsical cottages. As he worked, Mike let the beautiful wood inspire the design of his creations. Soon he found himself enhancing his cottage exteriors with stone and paint, and even furnished some of the interiors with chairs and tables that he whittled. 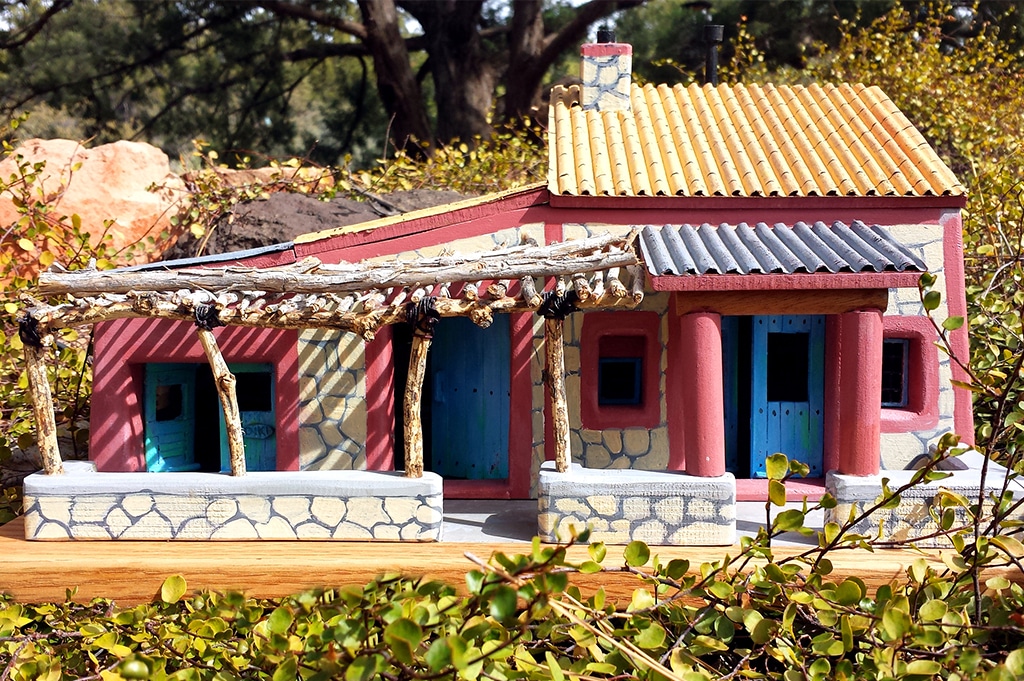 The imaginary buildings gave way to creating real-world abodes based on places he lived or visited over the years. Most notably, Mike was inspired to create the house his older brother Diki Medow occupied in Formentera, Spain, from the 1960s until his passing in 2018. Formentera is the smallest of Spain’s Balearic Islands in the Mediterranean Sea. The homes on the island feel as fable as the whimsical village in Mike’s imagination. He constructed a miniatures of his brother’s beach home which had no running water or electricity, and a couple other buildings on the island. These structures fit seamlessly into the Miniature Village of Medow. 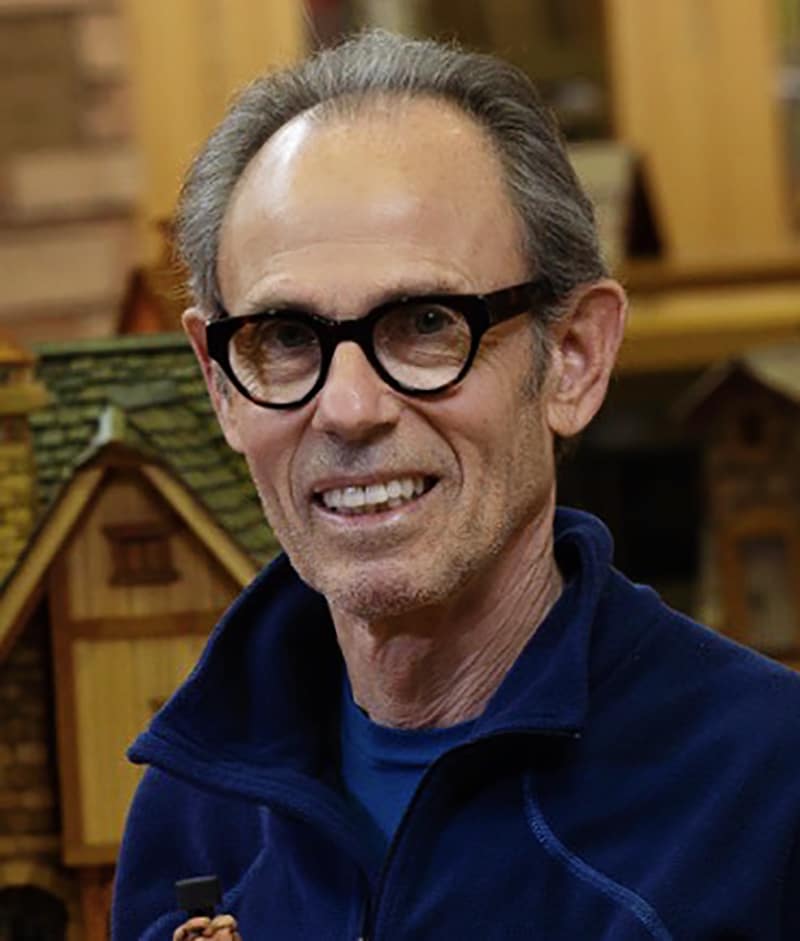 Mike Medow was born in Chicago Illinois in 1944. Fifty-two years ago, he began sculpting wood and it has been a love and central focus of his life ever since. For him, the artistic journey has been a process of growth, evolution and maturation. In 1979, Mike moved west and eventually settled in Sedona. He was awestruck by the magnificent landforms of the dessert. The rock formations are echoed in his full and robust carved figures which he calls “figurescapes.” The duality of land and female form that Mike sculpts, is of course, the most ancient subject of all art- the earth mother. In addition to his figurative sculpture, Mike paints, and carves animal subjects and abstract forms from regional wood. He also carves and constructs marionettes, string instruments, and whimsical wee buildings.