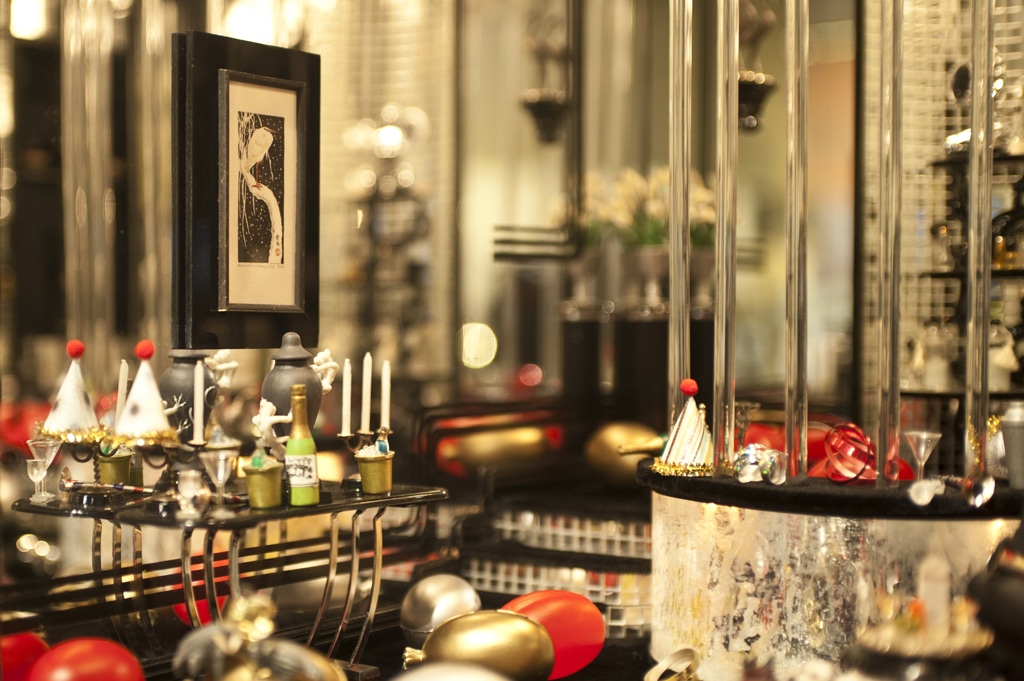 Decorated for a 1930s New Year's celebration during a Wee Winter Wonderland as part of Holidays Around the World and Through Time.

SHOULD AULD ACQUAINTANCE BE FORGOT, AND AULD LANGSYNE?

At midnight on New Year’s Eve 1929, bandleader Guy Lombardo played Auld Lang Syne at the Roosevelt Hotel in New York City and a tradition was born. From 1930 until 1976 Lombardo’s version of the song was played, broadcast and in later years televised, every New Year’s Eve from the Waldorf Astoria. Many people feel they know the song Auld Lang Syne but not the words. Those who know the words often contemplate the meaning with wonder. Auld Lang Syne is a Scottish song that means “times gone by.” The song asks if old friends will be forgotten and makes the promise to remember friends of the past with fondness. It says we will meet again in the future and toast to our friendship.

Many of the New Year’s traditions of the 1930s are still with us. In the 1930s people made predictions for the New Year. The most popular prediction of 1931 was that the depression would be over by year’s end. We still host parties and drop balloons and streamers at midnight. We ring in the New Year with noise makers, toasts to good health and kisses when the clock strikes twelve.

The most iconic New Year’s tradition in the United States is the dropping of a giant ball in New York City’s Times Square. This event has taken place since 1907. Over time the ball has changed size and material. In the 1930s a 400-pound ball made entirely of wrought iron was dropped from One Times Square. This particular ball was used until 1955. The current Times Square New Year’s Eve Ball is a 12-foot geodesic sphere covered in 2,668 Waterford Crystals and powered by 32,256 Philips Luxeon Rebel LEDs and weighs 11,875 pounds.