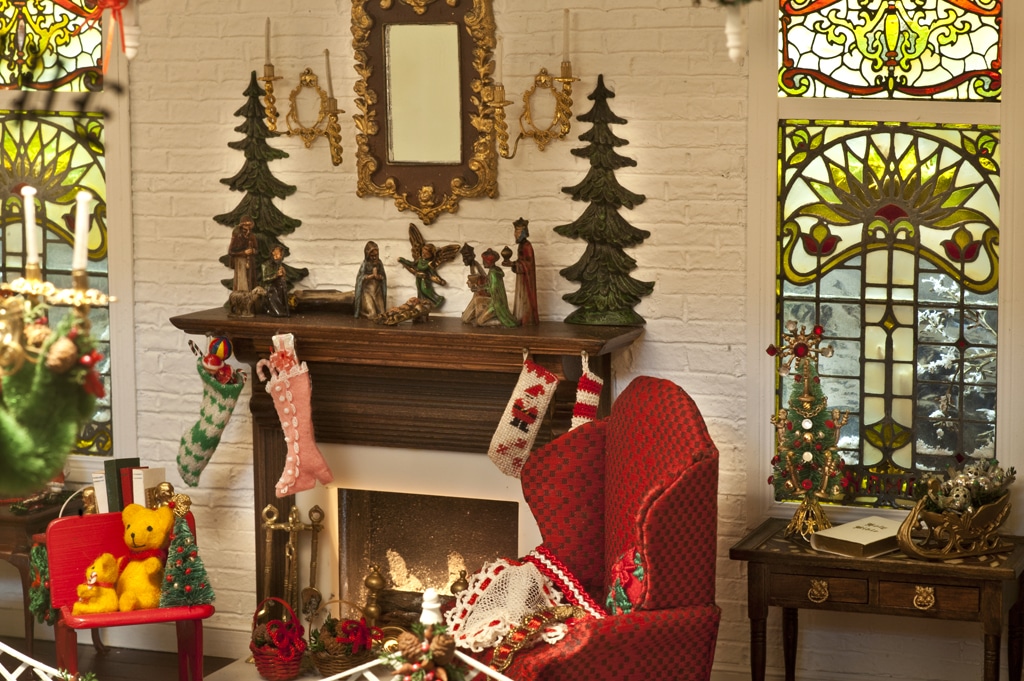 Madelyn Cook's Christmas Shop is on display during a Wee Winter Wonderland as part of Holidays Around the World and Through Time.

For people who are passionate about Christmas, decorating for the holiday season can’t come soon enough. Retail stores are happy to provide eager shoppers with Christmas items even before October has come to a close. The feeling of nostalgia that holiday decorations conjure up seems to outweigh the naysayers of the holiday shopping season insofar as there is enough enthusiasm for holiday decorating by consumers to merit the phenomenon of year-round holiday stores selling Christmas décor, ornaments and gifts.

In the United States holiday shops began springing up as early as the 1950s. Some of the first shops such as The Christmas Tree Gift Shop were only open part of the year but by the 1960s and early 1970s many such shops had shifted to year-round hours to satisfy demand for unique holiday items. Bronner’s CHRISTmas Wonderland holiday store which opened its’ doors in 1954, claims to be “the largest Christmas store in the world.” Their claim is likely true considering the store grew from a modest building in the center of Frankenmuth, Michigan to a 45 acre site south of town at 25 Christmas Lane. By 2002 the total building size was a gigantic 5.5 football fields. Most holiday shops like the examples cited opened their doors as Christmas ornament and gift shops but gradually added merchandise for nearly every holiday of the year. In contrast our petite Christmas Shoppe “located” at12-25 Olde Towne Roadsells strictly Christmas items.